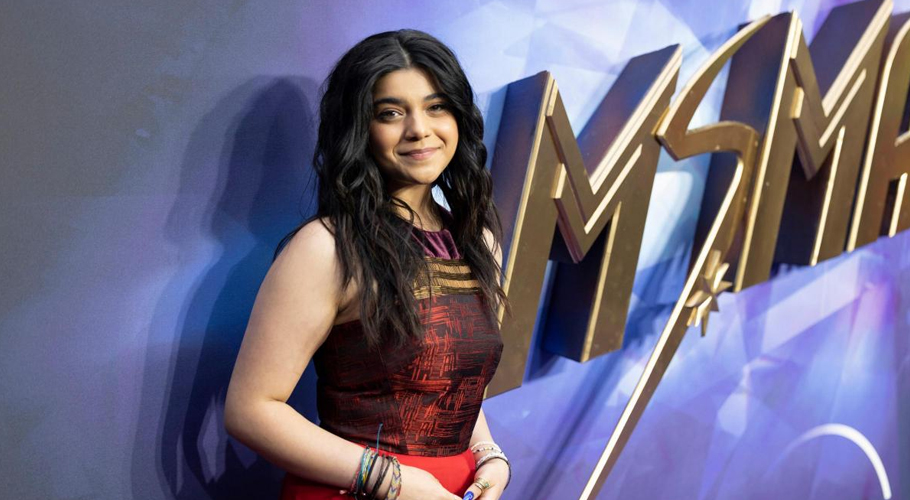 Iman Vellani, who has played the role of Marvel Comics’ Kamala Khan in show ‘Ms Marvel’ has recently talked about her roots connected with Pakistan and said that being a Pakistani was a part of her life and she was very dismissive about it.

In a recent interview with Esquire Middle East, the 19-year-old Pakistani-Canadian actress who played the role of a 16-year-old high school student, shade how playing  a fictional character of a New Jersey nerd of Pakistani heritage actually helped her embrace her Pakistani roots.

“Being Pakistani was a part of my life I was very dismissive about, and I felt disconnected from my culture prior to this show,” the actor said. According to Vellani, she was born in Pakistan but moved to Canada when she was a year old. “I did not feel like I had a connection to it and did not have any Muslim Pakistani friends.

For her, now she is grateful that she got to be on a show with so many Pakistanis and Indians. “Many of whom I grew up watching with my family,” Iman Vellani confessed.

“Filming the show, I learned so much about my ancestry. That’s such a special thing I get to share with the character,” she said by adding, “I went to a very diverse school and it’s so important to showcase a child of immigrant parents who is proud of their culture, doesn’t neglect it and doesn’t feel that they need to separate themselves from religion, their family or their culture to become their own person.”

“I think that’s the main theme of our show: to subvert expectations and throw away all the labels and become your own person,” she added. Reflecting on how her character arc is much like her personal journey, she said, “We both went on the same journey of self-discovery, learning about our family and our heritage as the show progressed. And now, I could not be prouder to be Pakistani. It’s cheesy, but it’s true.”

Upon being inquired whether questions of ‘representation’ are beginning to annoy her yet, Vellani said, “I’m not tired of it. I get it, this show is monumental. But for people who ask only representation questions, I’m just like, ‘God, yes. I know I’m brown.’”