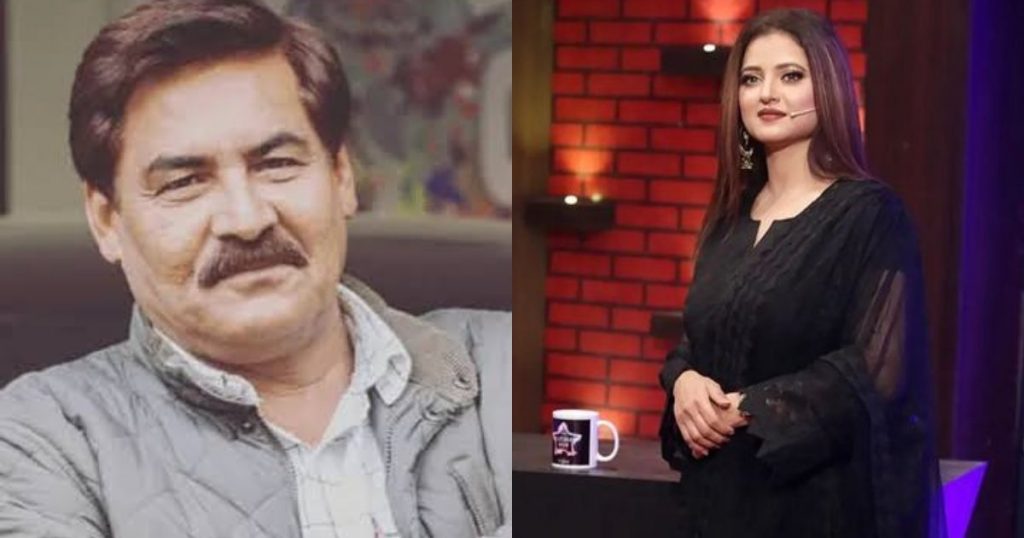 Actor Mizna Waqas recently appeared on Faizan Sheikh and Aadi Adeal Amjad’s The Mazedaar Show and opened up about an incident when senior actor Rashid Farooqi insulted her on-set and hurled abuses.

On the show, the Fitoor star shared a drama shoot’s experience, “I was shooting a scene with Rashid Farooqi and I had to cry for the scene which was not happening naturally or with the glycerin because my eye got too dry due to a medical condition. This angered him and he scolded me and insulted me by saying “I don’t know from where do you guys get such actors”.

She then acted out an abusive conduct to depict his behaviour.

Aadi then narrated his problematic working experience with the Humsafar star Naveen Waqar that while they both were shooting for a serial together in Karachi, he uttered his dialogues twice before she finished speaking which pissed her off and she took some time to calm down.

He reacted to the wrong dialogue cues.

Aadi mentioned that it was the only serial of his career and he was new to the shooting scene.

The post ‘She got bothered’: Aadi Adeal Amjad opens up about troublesome experience with Naveen Waqar appeared first on Daily Qudrat Global.