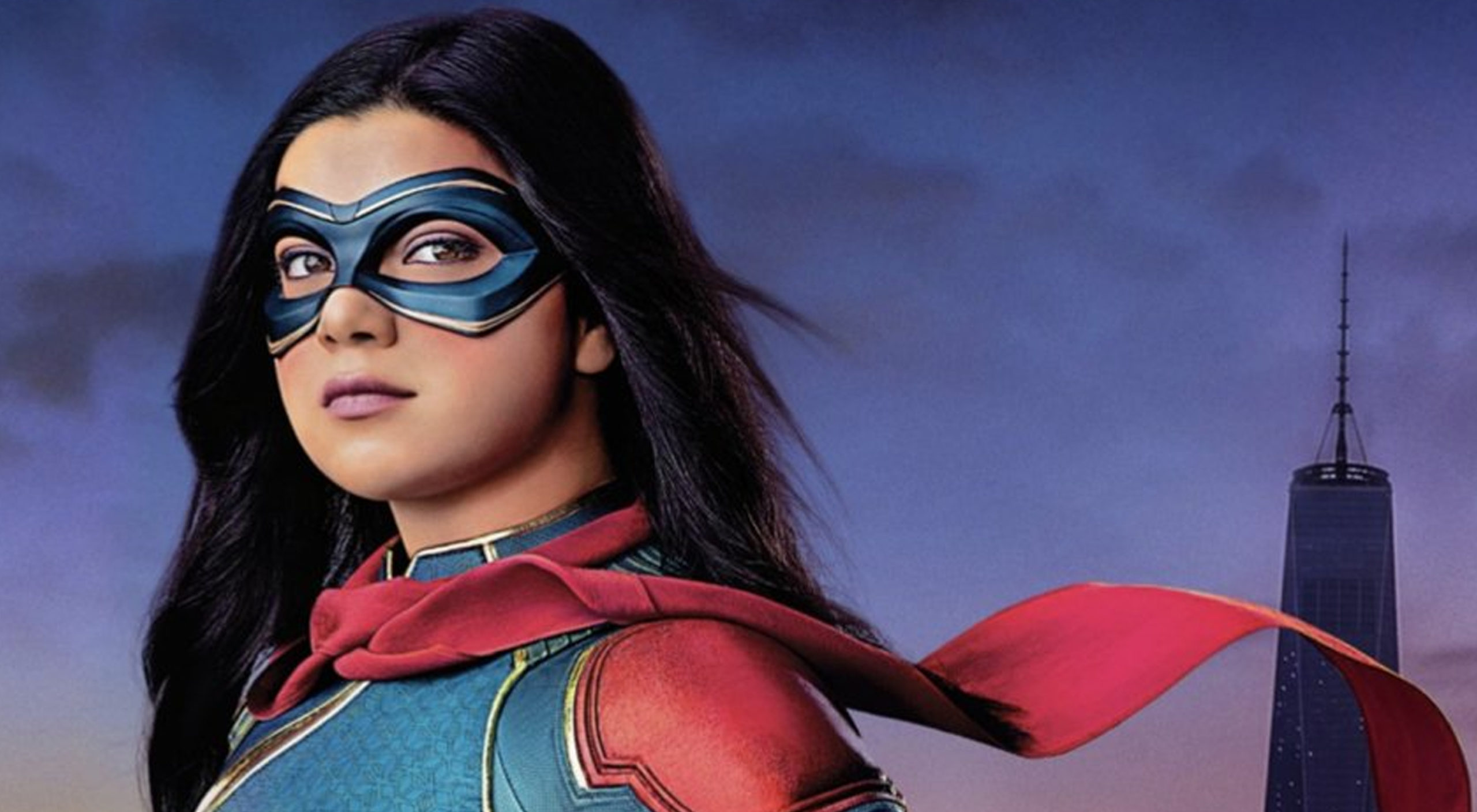 A clip of the mini web-series Ms. Marvel has gone viral featuring Pakistani culture and social media users have expressed disappointment over the portrayal.

Created by Bisha K. Ali, the series is based on the character Kamala Khan/Ms. Marvel hails from Pakistan. Now, a clip of the show has been shared by Ms. Marvel UK on their official social media account in which an insight into her family of Kamala has been delivered.

Soon after the video was posted, many social media users expressed disappointment for giving a giving Bollywood touch in the name of Pakistani culture. According to a lot of Pakistanis, better research before the making of the show could have helped the makers in a better way.

Most of the users said that no one in Pakistan speaks in such an accent and no Pakistani Punjabi-speaking people have ever said ‘Chak De Phattay’ in their life as itâs mostly used in the Indian side of Punjab.

Netizens pointed out that a few words like ‘Abbu’ and ‘Haram’ were forcefully added to give it a Pakistani flavour and they are failing in adding a Pakistani cultural vibe to it. 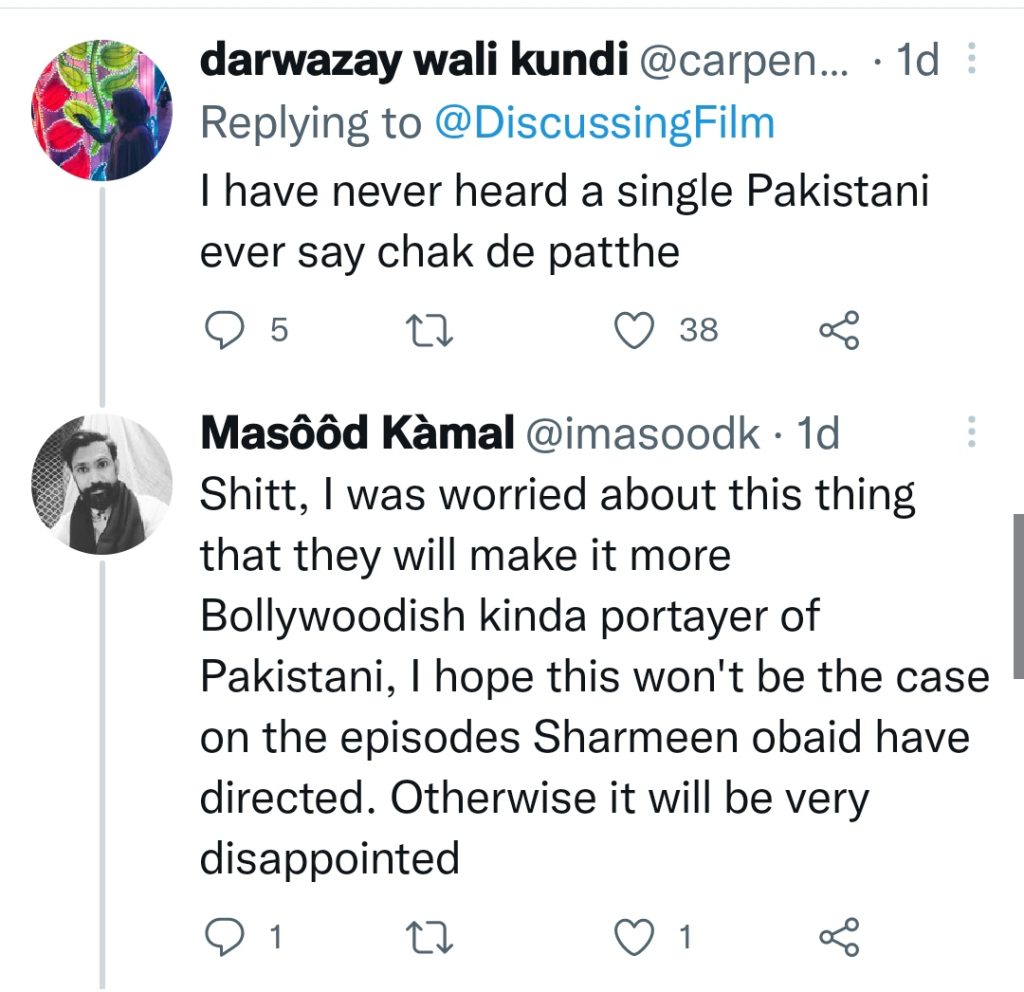 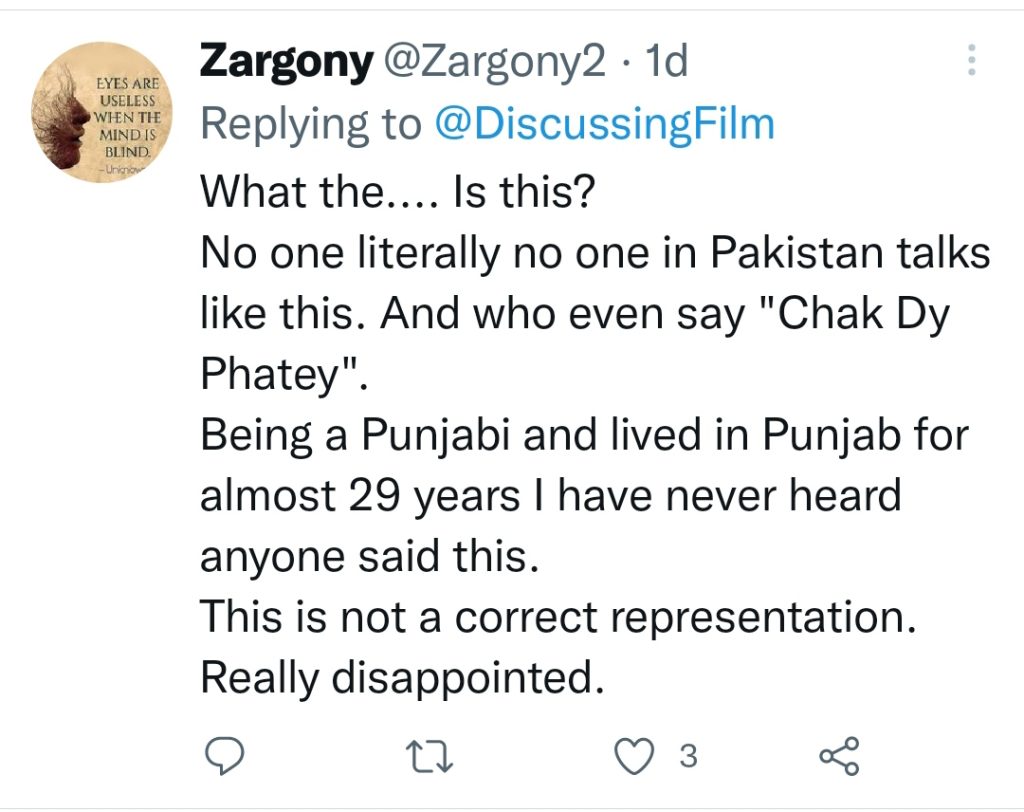 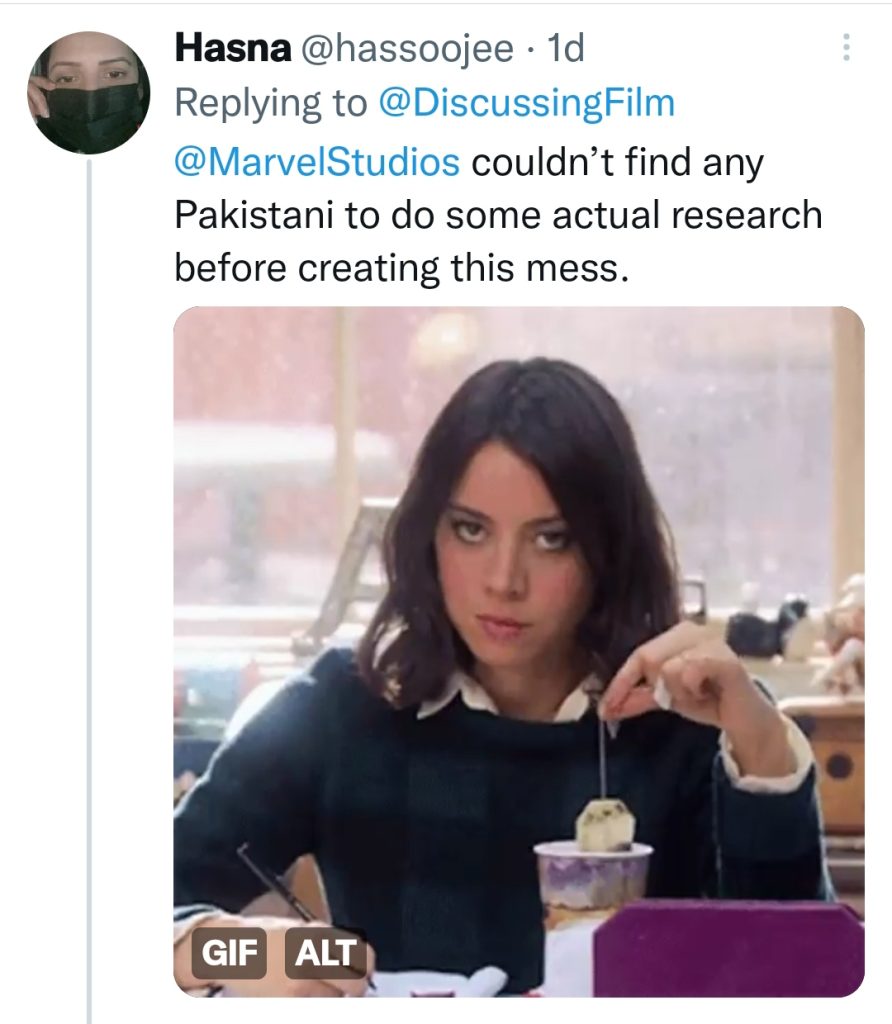 The cast includes Iman Vellani, Aramis Knight, Matt Lintz, Saagar Shaikh, Yasmeen Fletcher, and Rish Shah. The project includes many notable Pakistani actors who will be featured in the series such as Fawad Khan, Mehwish Hayat and Nimra Bucha. Bollywood actor and singer Farhan Akhtar will also be making a guest appearance on the show.