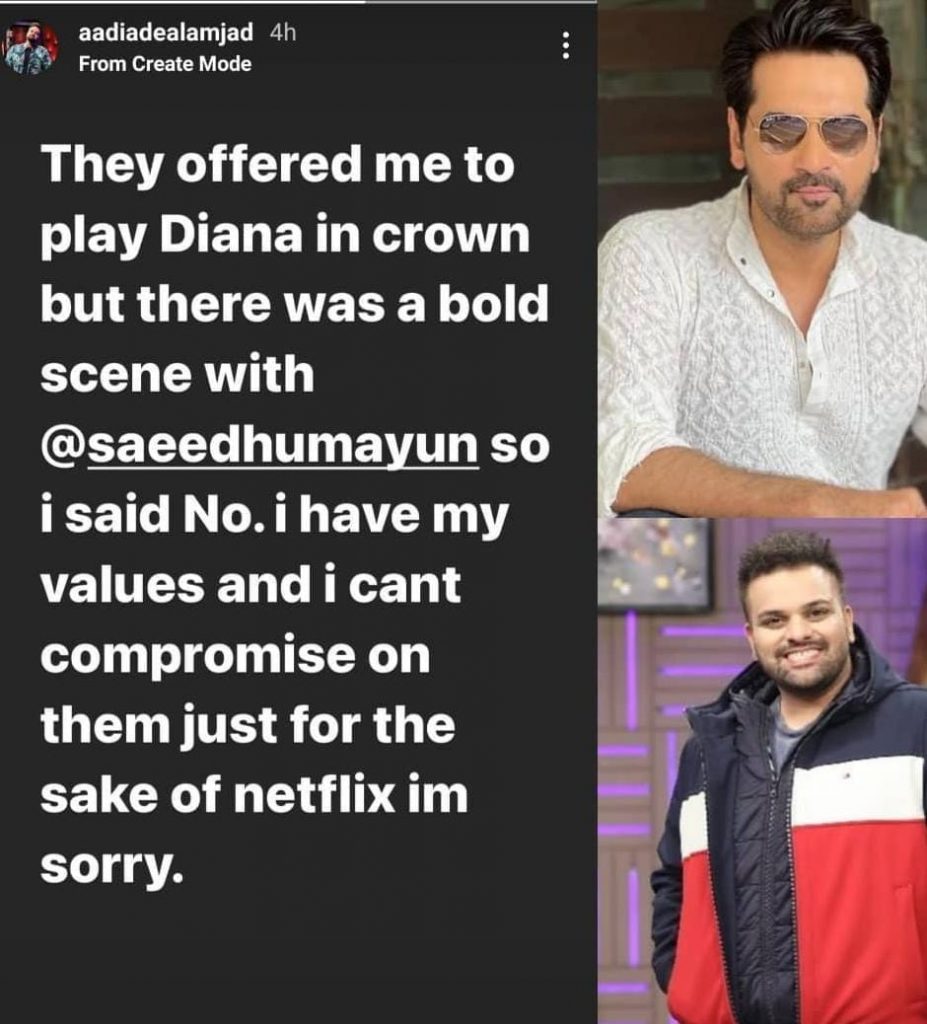 Comedian and actor Aadi Adeal Amjad has taken a jibe at A-list actress Sajal Aly by making a sarcastic post on her recent statement.

The Beinteha star took to his Instagram stories to state that he rejected Netflix’s The Crown due to a bold scene with actor Humayun Saeed.

The Punjab Nahi Jaungi star has been roped in to play Dr Hasnat Khan, Princess Diana’s love interest in Season five of the hit Netflix series The Crown.

The Yeh Dil Mera diva opened up on rejecting a Hollywood film in a recent interview, stating that she turned it down due to a particular intimate scene in the film. The Mom star termed it as a very bold scene and even the idea of using a body double didn’t convince her.

“If an actor is lucky, he or she gets offered more international work but, regardless, I would never turn my back on my own industry. All the international work that has come my way has been because those filmmakers had seen my work in Pakistan. And when I go abroad, I do so as a Pakistani. I want to keep contributing and giving back to my industry with the work that I do.”

The post ‘I rejected Crown due to bold scene with Humayun’: Aadi Adeal Amjad takes a jibe at Sajal Aly appeared first on Daily Qudrat Global.