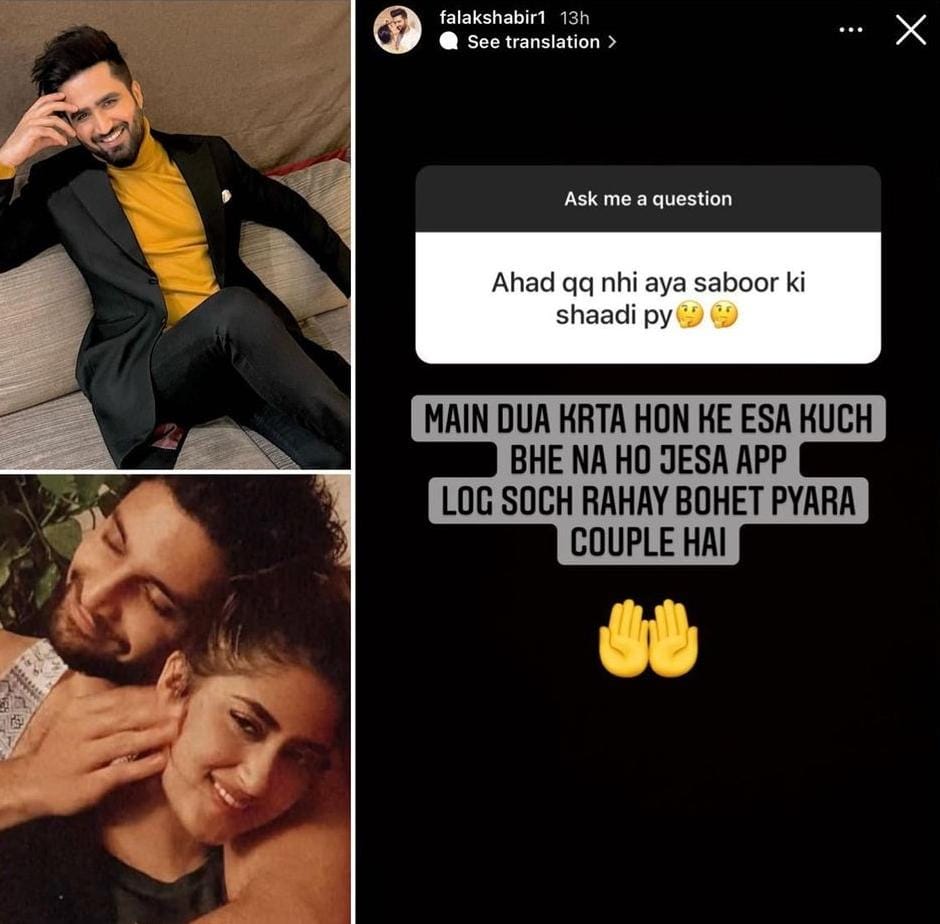 Actor Ahad Raza Mir is being trolled on social media for skipping his sister in law Saboor Aly’s wedding. Ever since the Sammi star remained absent during Sajal’s Khel Khel Mein‘s events in Karachi the social media fans started speculating regarding their separation.

The speculation got fueled by the couple’s silence on the matter. Social media users have now expressed their displeasure at Ahad getting spotted in Dubai at a wedding instead of Saboor’s events.

Now singer Falak Shabbir has shared his stance on the matter. The Roag singer stated that he wants the speculation to be untrue as he finds them to be a beautiful couple.

Earlier actor Mathira took to her Instagram handle to mention that she feels bad that netizens are taking the attention away from Saboor’s wedding.