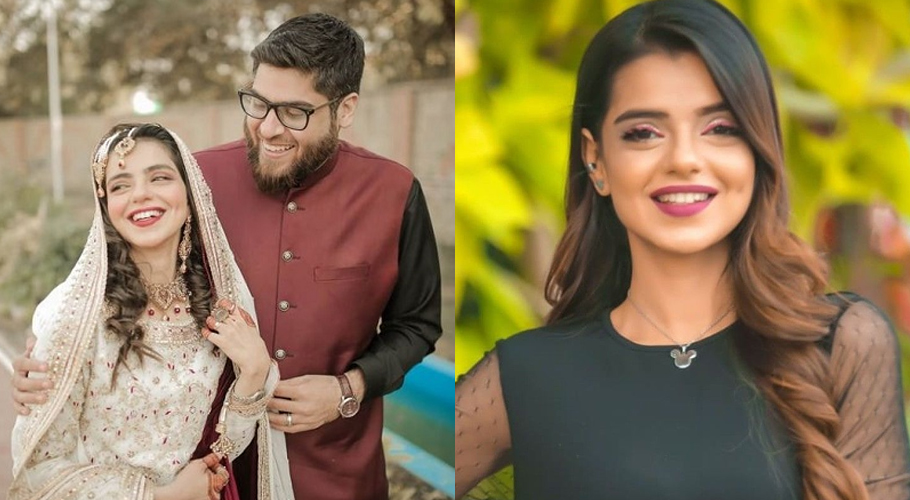 Pyaar k Sadkey actress Srha Asghar has revealed that her husband faced a lot of trolling for his weight.

The actress who got married last year to a man named Omar Murtaza, in an interview revealed thatÂ her husband was not on Instagram. She made his account after their marriage and he faced a lot of trolling posts coming live on Instagram and sharing pictures with Srha.

Talking about the effects of social media, she said that they do not take it seriously and look for the positives. Srha said that her husband now has 10k followers while her own followers also increased, so she would take the positive and let go of the negative.

Srha Asghar earlier had shared her weight loss journey and said, âFirstly, the thing which I changed was my sleeping cycle. I have made it a routine to sleep on time and wake up on time.â

She went on to say, âI drink a lot of water. The thing which helped me the most during my weight loss journey was that I take fewer calories and burn more than that. If I ate 800 calories, I used to burn 1000 calories because I have a lot of energy.â

According to Asghar, before marriage, she used to work out at the home. âI used to wake up at Fajar and after that, I used to start work out for 40 minutes and sometimes more than 60 minutes,â she said. Asghar also asserted that a protein shake is a must after a workout. âI do take protein shakes within 30 minutes after workout and sometimes I also drink black coffee,â she added.