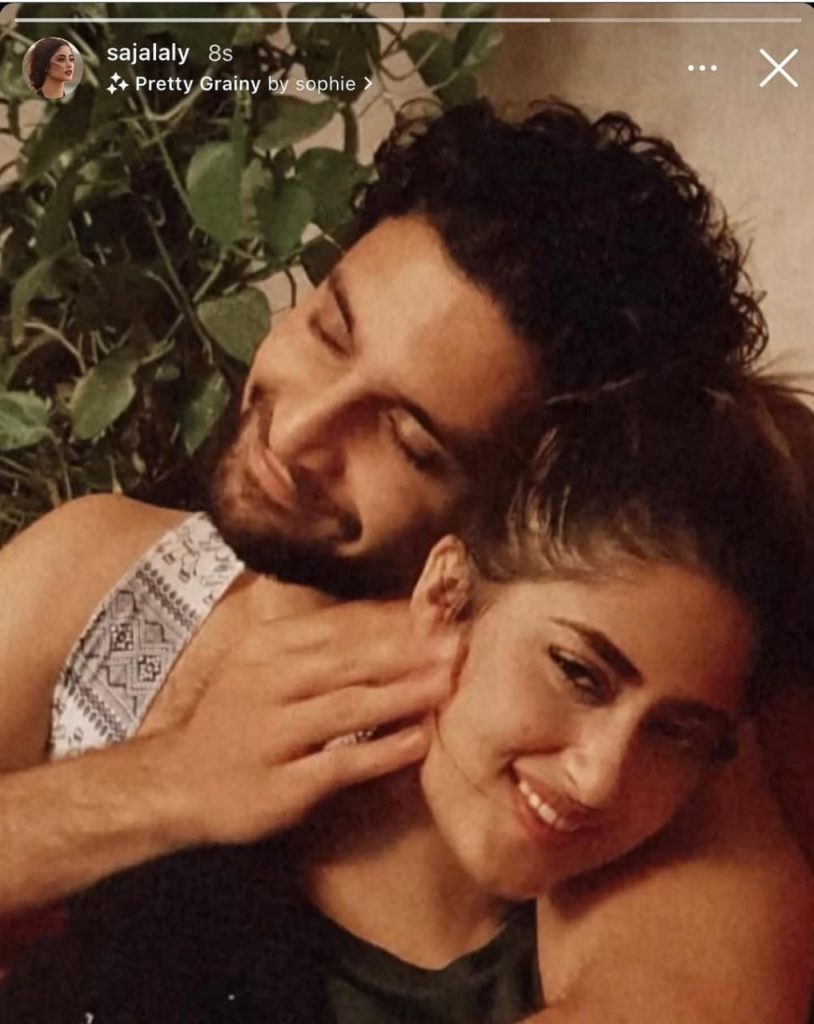 Actor Sajal Aly has updated her fans with a picture of her and husband Ahad Raza Mir hinting at an end to the separation rumours.

The Mom star shared an intimate picture with Ahad on her Insta stories in which the duo are sharing a hug.

However, Sajal was quick to delete the picture.

Last week Ahad was being trolled on social media for skipping his sister in law Saboor Alyâs wedding. Ever since the Sammi star remained absent during Sajalâs Khel Khel Meinâs events in Karachi the social media fans started speculating regarding their separation.