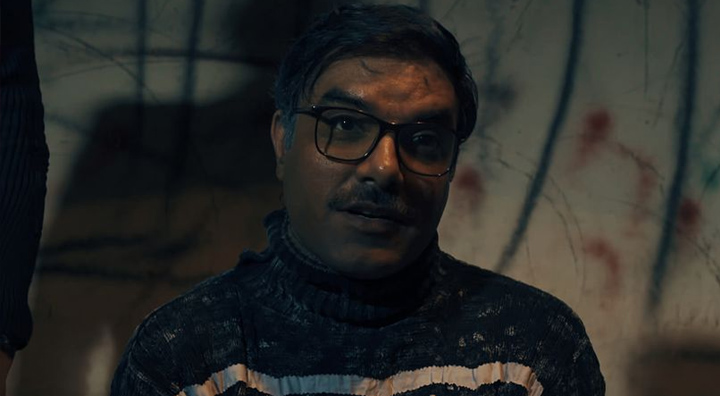 LONDON: âJaved Iqbal: The Untold Story of a Serial Killerâ, which was banned in Pakistan, has won two awards at the UK Asian Film Festival.

Yasir Hussain, who is playing the lead role, won an award for best actor while director Abu Aleeha wins the best director category.

Before attending the festival in London, Yasir Hussain expressed his gratitude while announcing that his movie will be premiered at the UK Asian Film Festival.

Taking to Instagram, the actor posted the news while sharing his disappointment that his own people are not capable of recognising the notable local content.

The 37-year-old captioned the post, “Itâs a matter of great pride that UK Asian Film Festival is honouring our movie but, unfortunately, our own people do not recognise the local talent or content.â

He then took a jibe at local movies, saying, “Pakistan has banned the Pakistani story but you must go to cinemas on Eid to watch the 5 movies made based on our culture.”

“Thankyou Abu Aleeha and Javed Ahmed Kakepoto for making this different movie,â Yasir extended his gratitude. He said Pakistani bloggers would have posted this news if they were done covering the celebrity divorce issues.

‘Javed Iqbal: The Untold Story of A Serial Killer’ stars Yasir Hussain and Ayesha Omar. Currently banned in Pakistan, the film depicts the untold story of Lahoreâs notorious serial killer who confessed to police and media that he had abducted, sexually abused and murdered more than 100 boys in Lahore between 1998 and 1999.

He was arrested and sentenced to death. After two years he committed suicide in his prison cell. The authorities suspected his horrific crimes were part of a wider operation.

A high court case to get the film released is currently ongoing in Pakistan since the Punjab Government and the Central Bureau of Film Censors (CBFC) issued an order to halt its release earlier this year, despite initial censor board approval.